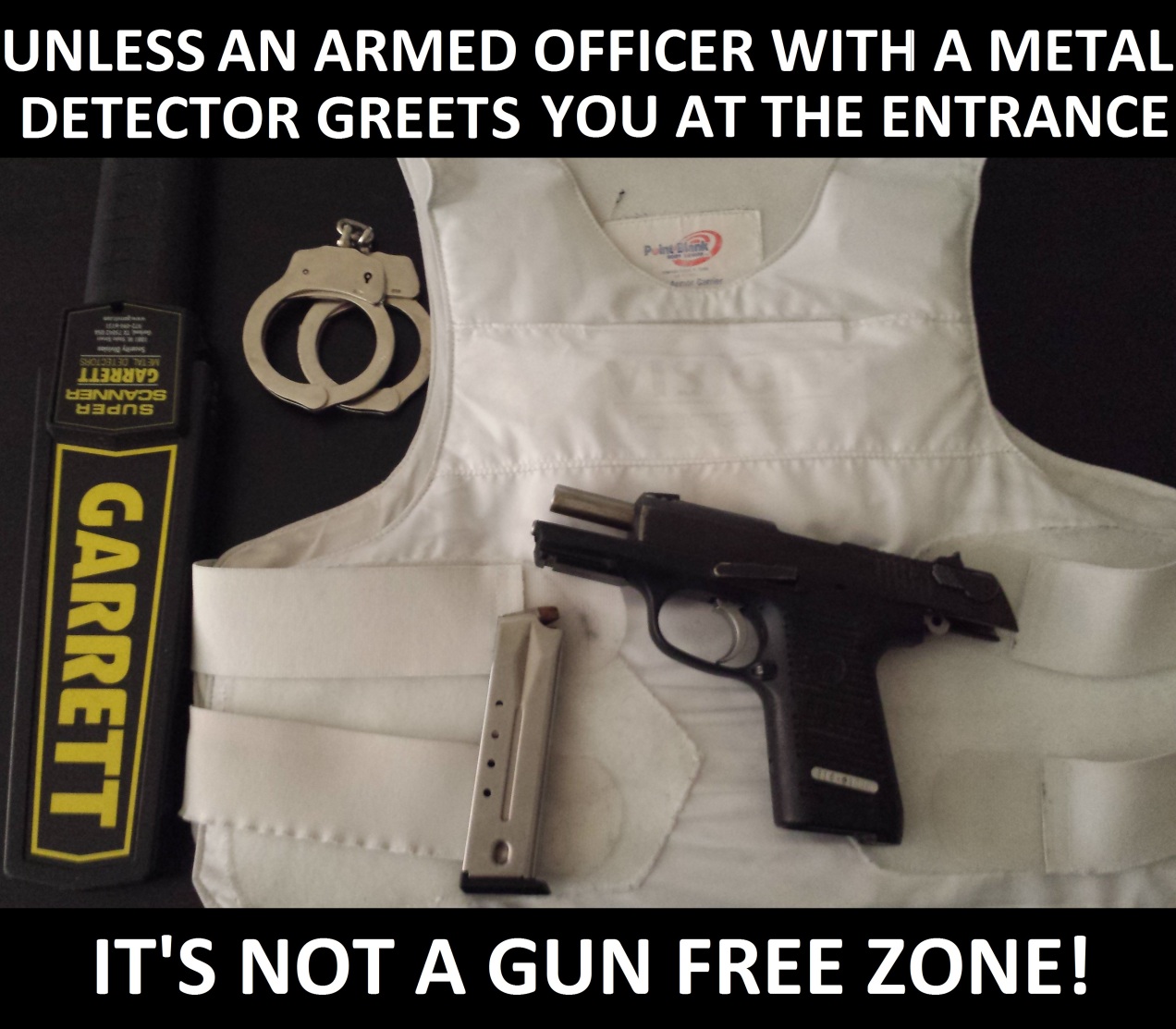 There’s been a big focus on gun control and ways to stop gun crime recently.  One of the 1st common sense Gun Control laws I see as needed are rules against posting signs stating “Gun Free Zone” in areas where absolutely no entry control protocols and routine screenings are in place.

Many of the “Mass shootings” that Pres. Obama talks about so much and has even been seen crying over have taken place in “Gun Free” zones.  If a building manager posts such a sign without implementing intense security measures, they provide the patrons with a false sense of security.  The only way one should legally be aloud to declare an area a GFZ is if they have an armed officer or officers posted at entrances with a metal detector.

If areas truly want to prevent people from entering their theaters with guns, they need to logically approach the subject because a sign that says something is not a magical talisman that wards off danger.  Instead of magic, someone walking out of a GFZ movie theater alive is merely the chance survival of Schrödinger’s cat, the only difference is Schrödinger wouldn’t have been so presumptive to mark the box “Alive Cat Zone.”

So, if you are to continue you posting GFZ signs you will need to amend it to state:  “This is simultaneously an armed area and a gun free zone until you either survive or are shot.” Seem ridiculous?  So are fake Gun Free Zones.

In the meantime, I’m not going to go to work, I’m just going to fasten a “Rent Free Zone” sign on my door.  I’m sure my leasing office will understand the same way mass shooters understood GFZ signs.