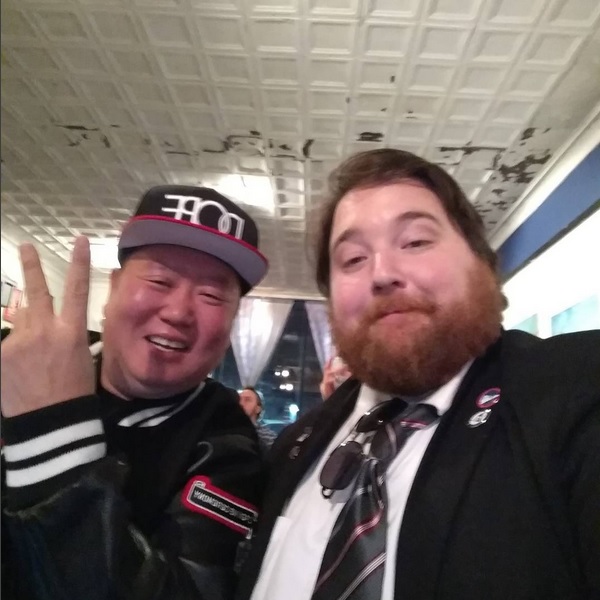 You’d be hard pressed to find someone more involved in the Asian community in DC, or in DC as a whole than Christian Oh. Christian is a part of every element of DC, organizing events for local charities and non-profits, promoting artists and standing up for Asian and Pacific Islander identity. Here’s just a little of what he’s involved with:

DCAPA Film Festival
http://www.apafilm.org/
Christian is currently the Executive Director of this massive film festival that showcases Asian American film from all across the country and even from around the world.
Follow their Social:
https://www.instagram.com/dcapafilm/

https://www.facebook.com/apafilm/
To inquire about  “Script-To-Screen” or submit your screenplay, contact:
zhibo@apafilm.org

Christian is proud to manage the talent of a strong Asian-American female voice Heesun Lee. She has lived a uniquely American life with a multitude of influences being adopted into a Chinese American family and listening to her favorite US hip hop artists growing up.  Her diverse influences and experience makes her tagline: “Breaking Stereotypes” all the more real, as she encourages listeners to follow their passions. 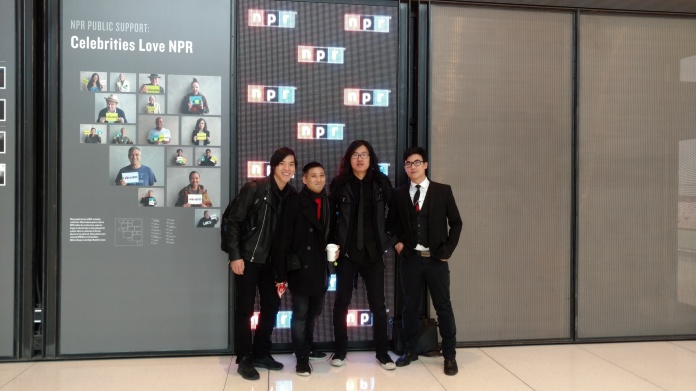 Christian explains how he met Simon Tam and the Slants at their beginnings at Anime Conventions and his work with artists through http://kollaboration.org/
Upcoming events:
K-Pop Event – June 24th – Eden Lounge
July 22nd – K-Pop Expo
Otakon

BONUS LINKS:
The Food we talked about: 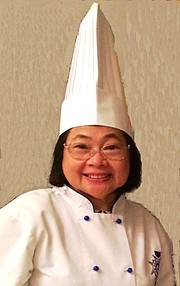 For all your shopping needs! (Seriously, they got everything!)
http://www.lotteplaza.com/

(not in DC Area… yet?)
https://www.smsupermalls.com/

Gun and Joshua Metipo sit down in their respective counties’ capital cities and have a chat about Philippine-American relations, racism, foreign policy, trade and of course, Philippines President Rodrigo Duterte.  Joshua suggests the relationship between the US and the Philippines is not all that bad despite fears USA is getting dumped for China.

[News/Talk] [The Podcaste](https://thepodcaste.com): **The Podcaste World Forum – Is Duterte Trolling The World?**

Gun and Joshua Metipo sit down in their respective capital cities and have a chat about Philippine-American relations, racism, foreign policy, trade and of course, Philippines President Rodrigo Duterte.  Joshua suggests the relationship between the US and the Philippines is not all that bad despite fears USA is getting dump for China. Intro Music by Farshid Arabi.

In this episode, video games history is getting erased. Older games are well archived, but XBox era games are getting harder to experience.

Tech Sully breaks down the recent tech news from DDoS hitting the Internet to the most recent #PodestaEmails.

Tech rounds out the episode with a prediction about the next four years.

At this point the election is on rails, an unless either candidate is clapped in irons before the election one of these monsters is going to be president, strap in and enjoy the ride.

We’ve mentioned before how little politics should matter in our daily lives, and The Podcaste would like to remind you that losing friends or family over this stupid election isn’t worth it. Find common ground with your loved ones, and avoid the conversations that get toxic.

So keep talking it out, and for no reason here is a Corgi dressed as Captain America. 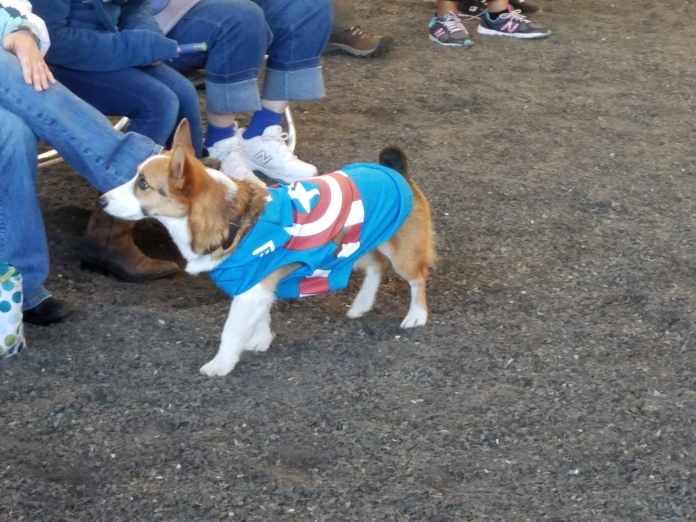 Holy crap Tech had time to post a podcast. Write this day down, also buy his house.

In this episode Tech and Gun agree on Kapernick’s protest, disagree on news stories because they have two stories that conflict. Tech breaks down why fear causes cops to make bad decisions, and spitballs an idea that Gun shoots down.

10. “I’m not racist, I know lots of Mexicans.” A Country is not a race – and if it is, it might not be the race you’re thinking

9.”My race votes this way, their race would never vote our way!” Race does not effect your politics, it just doesn’t.

8.”The Bible is racist!” Race mixing is not spoken against in the Bible

7.”You must be respectful of other peoples race” This is a confusing one, but generally, people are people and don’t necessarily like having their race being pointed out for no real reason and to be clumped in a giant group.  People are individuals.  So you don’t need to say, “I don’t like” this or that, and then turn to someone and because of their race say “No offense.” They might also dislike this or that, saying “no offense” is offensive because you are assuming they like that, and on top of that, you’re stating a dislike for that clump you just clumped them in.

6.Other countries are less racist then us

5.”Slavery WAS a bad thing for blacks” No, Slavery IS a bad thing FOR EVERYONE. Slavery is a real thing that still exists, when people attach it to one race or to the past it makes people think it’s over, and it’s not. From the gulags to the concentration camps to the sex trade and human trafficking of eastern Europe and Asia and now boka haram, isis, and blossoming new Muslim slave economy, slavery is far from abolished and for exactly none of the reasons Americans are protesting about. The people protesting and talking about slavery in America are not even acknowledging the existence of the modern slaves.

4.”America has always been racist” Strangely enough, not always AS racist would be the qualifier in shooting this one down. The concepts of racism, the white on top concepts being

3.”That’s DEHUMANIZING!” Dehumanizing is one of the most over-used and misused phrase in the fight against racism and doesn’t help because hyperbole never does. The kind of racist media that is DEHUMANIZING is very specifically stuff compares a human to another species or to inanimate objects or machinery.

Using the really common sense logical break down, you can see that, while incredibly insensitive, BLACK FACE is not inherently dehumanizing. Amos and Andy was racist- but the white people in the show were playing black people, not Animals. Same with Lawrence Olivia as Othello, Othello was a human, not a dog or a monkey or a piece of farm equipment, therefor, it doesn’t make sense to call that blackface dehumanizing. What it really shows is that they weren’t comfortable hiring a non-white actor, therefor robbing blacks of playing a famous Moorish character… which brings me to a big one…

2. “The Moors were black” Moors weren’t black, just historically, Moors were Muslims from North Africa LONG after Arabs had invaded and teraformed the area. Just kidding about the teraforming but there might be more desert than before, I don’t know. There were some that were black but life wasn’t known to be easy since Arabs treated blacks as second class citizens AT BEST in many of the Moor territories and as completely dehumanized farm equipment in others. A lot of North African ethnicity are part black and part Arab but to read the read Moor as just black, you’re definitely into revisionist history. There’s been some amazing parts of black history- and yes America, black history happened before America- were blacks fought off the Muslims as they were taking most of North Africa. African Christians have existed hundreds of year

1. “RACISM IS ALIVE AND WELL IN AMERICA!” As I pointed out, there have been ups and downs in America when it comes to

I didn’t even get to all the logical wholes in the concept of “White Privilege,” or as I call it: #Humblebrag white supremacy or bizarre misconceptions regarding the #BLACKLIVESMATTER vs #ALLLIVESMATTER debate. Oh well, I think it was a pretty solid show.

Tech and Gun are joined by Dr. Jason Arthur Taylor to discuss some real news stories.  What does the old lady shooting down a drone mean for property rights and technological evolution?  Hillary’s use of “Bleachbit” shows intent, but what was she hiding and did hackers get the goods before she could delete?  Does Uber just straight up hate people?  Should the government vet immigrants by social media?  Listen to the lively volley! 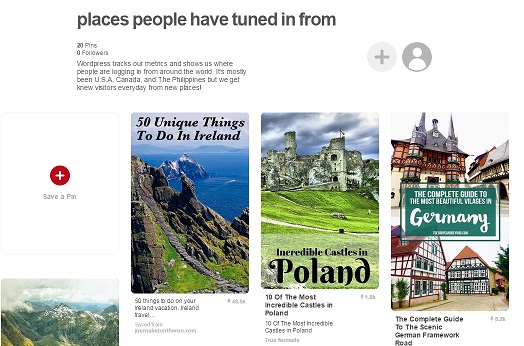 Gun goes off on Event Planning Woes, this week’s TopTenTuesday, after that is last week’s Wiretap Wednesday where Tech describes the layer of Hell he’s in.

1. Not getting responses from Advertising
2. Getting responses from Advertising personally, verbally but no purchase or RSVP
3. Getting a confirmed RSVP without a ticket purchase, Did they forget? Do they think it’s free?
4. Trying to figure out if you should continue advertising or if you might have a full house.
5. People who show up last minute skewing your catering numbers
6. People who paid but don’t show up
7. Speakers who don’t show up
8. Technical difficulties
9. Awesome turnout when you weren’t expecting that at all
10. Having the wrong ammount of food.

Tech declares race a matter of cultural or political perspective, superficial.  Gun demands we all get along and in doing so, make interracial babies.  Tech covers the Olympics.  Gun actually says something nice about Trump.

Episode 100, Baltimore and Trump v Clinton. Bing poll on people being ready for a woman President.

Gun breaks down the life inside the beltway in DC that lead to plagiarism, where a FLOTUS wannabe cribbed the notes of the FLOTUS now. AKA the Hacks and Wonks. Tech talked about Boko Haram leaving almost 50,000 kids near starvation.