THE PENTAGON:  President Obama met with military leaders in the Pentagon today to explain his strategy against the Islamic State.  “Instead of fighting them like the King of Jordan or Russia, just clumsily punching them with bombs, we will wage a smarter war, like how I deal with the Republicans.”  Obama ignored all the maps and ground intelligence reports the generals had prepared for him and had staffers enter the room with some campaign charts.  “What we need to do is never act on substance or attack directly, but instead make a straw ISIL, in a straw city, populated entirely of straw jihadists, then we bomb that straw man enemy to hell!” 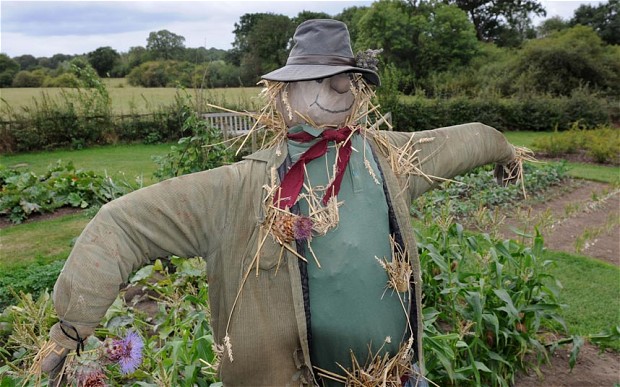 Obama explained that the administration’s preferred target is never the actual person but merely a cartoonish straw man that he creates, such as calling Republicans cowards who are afraid of widows and orphans instead of answering the most basic questions of national security concerns that they bring up.  It has also worked to quell bi-partisan arguments by the administration merely ignoring the Democrats involved in the situation and instead calling all who oppose the will of the president “Petty Partisan Republicans,” like what they did to Chuck Schumer and many other Dem leaders who opposed the Iran deal.

“The straw man attack is the only attack I’ve used and it’s worked well so far!  So get out there, make-up a fake and easy target and attack it!”